It is a truth, universally acknowledged, that this blog must be in want of a classic accessibility check and a Mr. Darcy and Miss Elizabeth Bennett.

Jane Austen’s books are great, but Pride and Prejudice is one of the perfect examples of what is it that constitutes 19th century love. Take Elizabeth and Mr. Darcy. They don’t even like each other and it takes several months and an insulting first proposal before they know enough about each other to overcome the pride of Mr. Darcy and Elizabeth’s prejudices. I loved this book!

I also love Bookshare and wouldn’t be the reader I am without it, but the web reader’s pronunciations of abbreviations can be irritating. For example, instead of saying Mister Darcy, the web reader says M –  R and pauses like at the end of a sentence then says Darcy. There are 61 chapters in Pride and Prejudice and each has at least 10-30 Mr.’s and Mrs.’s in them. The mispronunciation of abbreviations kind of ruins the flow of the story. This doesn’t happen in every book I read, so I don’t know why sometimes it reads properly and other times the web reader doesn’t.

I sent a note to Bookshare asking if there was a way to have the web reader for Bookshare pronounce abbreviations like Mr. and Mrs. as Mister or Missus. But, there isn’t. So, if you’re looking for a good accessibility project, figure out how web readers can better read abbreviations. It’s 2019, time to figure this out. By the way, I read my draft of this post using Read Aloud in Microsoft Word before copying it to WordPress. Read Aloud reads the abbreviations correctly. Bookshare doesn’t work in Microsoft Edge although it’s supposed to be coming soon. Maybe that will work better?

Hang on a second, weren’t you at an outdoor concert?

Yes at Surly Festival Field. Accessibility was great and I thought that the music was ok. More of my parents’ nostalgia bands than the types of music I like best.

Accessibility report for Surly – get there early to get accessible parking. We got there by 5:30 and gates opened at 5:00 and did get a parking spot. We had to walk about a block and a half from ADA parking to where they were taking tickets. Not sure if they would have let us in at the exit gate which was closer to where we parked. We did exit from there and that was convenient. They had a ramp to a raised platform by the sound booth so were able to see over the crowd of people and didn’t have to drive on uneven ground. Pretty good seats although the platform also filled up pretty quickly with several of us using wheelchairs, a couple knee scooters and others who needed accessible seating. I would definitely go to concerts there again. 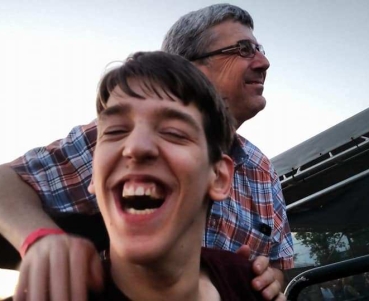 Can’t wait to see John and Hank Green on Sunday! Anyone who reads my blog knows just how big of a fan I am! I have tickets in the 7th row at the Pantages Theatre. I’m excited that they have wheelchair seating so close. Usually in theaters like this, I end up paying the same as everyone else but the only choice is to sit in the back row. That’s annoying! Especially, if you also have hearing loss like I do!

We’re also going to try to go see Elizabeth Warren at Macalester on Monday. I want to hear from as many presidential candidates as possible to see who I like best.

My brother leaves for college on Thursday… more on this later. 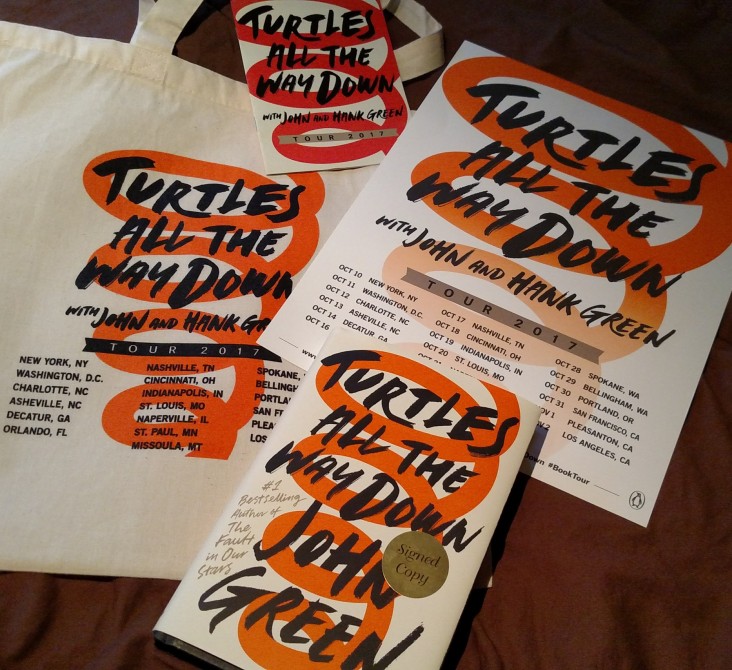 For my web accessibility friends out there, I was trying to find if using the WordPress Tiled Mosaic is accessible. I used the Tiled Mosaic for the grouped images like I have for the concert pictures and pictures above from John and Hank Green events. I just can’t tell if people using screen readers can hear the alt text for the individual images or if I should just add them as individual images. Let me know what you think works best. Thanks!